The Importance of Catalysis and its Classification 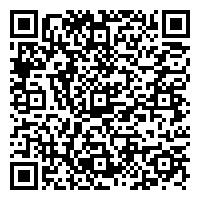 The Importance of Catalysis and its Classification

The chemical reaction brought about by a catalyst is called catalysis. Catalyst doesn’t undergo any permanent change, but it is a material that increases the rate of a chemical reaction. In 1836 by Berzelius, the term “catalysis” was introduced. There are two classes:

• It makes a reaction possible under achievable conditions.

• Reduce the necessity of dangerous conditions.

• Reduce the amount of side-product and waste created generates non-racemic mixtures of enantiomers.

Whereas the classification is based on its physical state: Catalyst can be gas, liquid and solid.

Classification based on the substances from which a catalyst is made: whether by Inorganic (gases, metals, metal oxides, inorganic acids, bases, etc.) or Organic (organic acids, enzymes, etc.)

Heterogeneous catalysts are chemical catalysts whose physical phase is different from the physical phase of the reactants and/or products that take part in the catalysed chemical reaction. In order to facilitate the chemical reaction between two gaseous reactants, solid-phase heterogeneous catalysts are employed. In such cases, the catalysis reaction takes place over the following three steps mentioned below:

• On the surface of the solid heterogeneous catalyst, the adsorption of the gaseous reactants takes place.

• The chemical reaction between the adsorbed reactants, resulting in the formation of the product.

• Desorption of the product compound from the surface of the catalyst, resulting in the regeneration of the active catalytic surface.