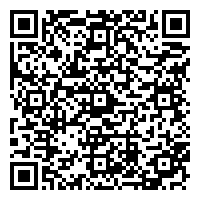 Free radicals can be defined as atoms or molecules that contain one or more unpaired electrons in their orbitals. Their formation occurs continuously in cells as a result of both enzymatic and non-enzymatic reactions. It has been estimated that the average person has about 10,000- 20,000 free radicals attacking every cell in the body every day. Some free radicals are beneficial because they allow body to fight inflammation, kill bacteria, and control the tone of the smooth muscles that regulate internal organs and blood vessels. Free radicals are formed in diabetes by oxidation of glucose, glycation of protein and subsequent degradation of glycated proteins. High levels of free radicals and a concomitant decrease in antioxidant enzymes lead to cell damage, enzyme inactivation, and lipid peroxidation.

Diabetes mellitus is a metabolic disorder with signs of hyperglycaemia and insufficient secretion or action of endogenous insulin. Although the aetiology of diabetes is not fully understood, genetic components, viral infection, autoimmune diseases, and environmental factors have been implicated in the disease

Free radicals can be produced by the oxidation of glucose, which is thought to be the main source of free radicals. In its enediol, glucose is oxidized in a transition metal-dependent reaction to the enediol anion, which is converted to reactive ketoaldehydes and superoxide anions. Superoxide radical ion is dismutase to hydrogen peroxide, which, if not degraded by catalase or glutathione peroxidase and in the presence of transition metals, can lead to the formation of extremely reactive hydroxyl radicals. Superoxide anion radicals can also react with nitric oxide to form reactive peroxynitrite radicals.

Hyperglycaemia has also been shown to promote the peroxidation of Low-Density Lipoprotein (LDL) lipids via a superoxide-dependent pathway to generate free radicals. Another important source of free radicals in diabetes is the interaction of glucose with proteins, which leads to protein glycation. Glycation involves the condensation of glucose with the ε-amino group of lysine, the α-amino group of an N-terminal amino acid, or the amines of nucleic acids, resulting in the formation of AGEs, as previously discussed. The increased availability of glucose in diabetes causes increased production of AGEs. This process has been described as glucosylation and is likely to be the primary source of increased ROS production in diabetic patients.

AGEs (Advanced Glycation End-products) are thought to be involved in the genesis of many irreversible complications of diabetes, including extracellular matrix expansion, cell hypertrophy, hyperplasia, and vascular complications. The formation of glycoxidation products is not only the result of glucose-induced oxidative stress. Fructose, which increases as a result of the activation of the polyol pathway, leads to the formation of methyl glyoxal and the AGE precursor 3-deoxyglucosone. These AGEs, through their receptors (RAGE), inactivate enzymes and change their structures and functions, promote the formation of free radicals, and quench and block the ant proliferative effects of nitric oxide.

By increasing intracellular oxidative stress, AGEs activate the transcription factor NF-κB, thus contributing to the up regulation of various target genes controlled by NF-κB. NF-κB increases the production of nitric oxide, which is believed to be a mediator of islet β-cell damage. In addition, hyperglycaemia leads to glycation of antioxidant enzymes, which can alter the structure and function of antioxidant enzymes such that they are unable to detoxify free radicals, exacerbating oxidative stress in diabetes. Thus, the process of glucose oxidation may be responsible not only for increasing the production of ROS, but also for reducing the availability of antioxidant enzymes.