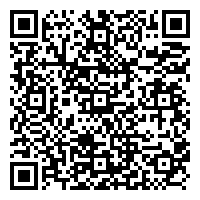 One of the main causes of mortality and morbidity worldwide is cardiovascular disease (damage to the heart and blood vessels) in men and women. In the blood vessel wall, each layer can produce Reactive Oxygen Species (ROS) under pathological conditions. ROS-induced oxidative stress plays a role in various cardiovascular diseases, such as coronary heart disease, atherosclerosis, cardiomyopathies, hypertension, congestive heart failure, and cardiac hypertrophy. Several research groups have reported the development of cardiac hypertrophy induced by mitochondrial ROS. Recent studies have shown that fructose induces cardiac hypertrophy induced by total ROS and mitochondrial H2O2. Other studies have shown that ROS produced by smoking play an important role in the development of cardiovascular damage. ROS induce remodelling through smooth muscle cell proliferation and increased inflammation.

Diabetes mellitus is a chronic metabolic disorder characterized by hyperglycaemia, dyslipidaemia, and insufficient insulin production. ROS production is increased in chronic hyperglycaemia in uncontrolled diabetes, and enzymatic antioxidant defences are reduced, leading to retinopathy and cataract formation. Oxidative stress is one of the main causes of diabetes. In the hyperglycaemic state, both mitochondrial and non-mitochondrial ROS production increases significantly, causing oxidative tissue damage. Superoxide radicals and NO play an important role in causing complications in hyperglycaemia. A serious complication of diabetes is diabetic nephropathy, which is caused by oxidative stress and inflammation. Oxidative stress changes the structure and function of proteins and lipids, and induces glycoxidation and peroxidation in chronic hyperglycaemia. Previous studies have also reported a link between oxidative stress and diabetes.

Inflammatory Bowel Disease (IBD) is a chronic disease of the Gastrointestinal (GI) tract. It is characterized by weight loss, bleeding, lower abdominal pain and diarrhoea. Ulcerative Colitis (UC) and Crohn’s Disease (CD) are two forms of IBD. In IBD, granulocytes and monocytes/macrophages accumulate at the site of inflammation and produce reactive oxygen. Recent studies have shown that ROS-related diseases such as IBD can be ameliorated by xanthine oxidase inhibition. Oxidative stress (the main etiological factor of Crohn’s disease) arose due to an imbalance between the production of ROS and antioxidant elements. Nitric oxide concentration also plays an important role in IBD. Several clinical studies have also confirmed the harmful role of NO for patients with IBD. Recent studies have shown that antioxidant therapy may be a good approach to alleviate IBD by scavenging free radicals.

Rheumatoid Arthritis (RA) is a systemic disease characterized by progressive, erosive and chronic polyarthritis. Cellular proliferation of synoviocytes and neoangiogenesis lead to the formation of pannus, which destroys articular cartilage and bone. RA is a systemic autoimmune disease that results in uncontrolled inflammation of the synovial lining.

Burns are a major cause of human suffering and a major global public health crisis. Along with high mortality and morbidity, it also deprives the quality of life. It is a traumatic injury that damages local tissues as well as a response caused by a systemic mediator. As a result, there is an increase in the activity of free radicals and lipid peroxidation. The pathophysiology of burn injury is very complex. With a severe burn injury, hypovolemic shock develops and a very rapid increase in various chemokine’s and cytokines, which initiates an inflammatory cascade.