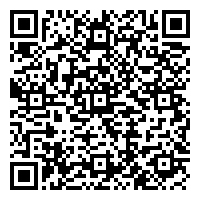 Free radicals are highly reactive and unstable molecules that are produced in the body naturally as a derivative of metabolism (oxidation), or by exposure to toxins in the environment such as tobacco smoke and ultraviolet light. Free radicals have a lifespan of only a fraction of a second, but during that time can damage DNA, sometimes resulting in the mutations that can lead to cancer. Antioxidants in the foods we eat can neutralize the unstable molecules, reducing the risk of damage.

Free radicals are associated with human disease, including cancer, atherosclerosis, Alzheimer’s disease, Parkinson’s disease and plenty of others. They also may have a link to aging, which has been defined as a gradual accumulation of free-radical damage.

Substances that generate free radicals can be found in the food we eat, the medicines we take, the air we breathe and the water we drink. These substances include fried foods, alcohol, tobacco smoke, pesticides and air pollutants.

When there are more free radicals present than can be kept in balance by antioxidants, the free radicals can begin doing harm to fatty tissue, DNA, and proteins in your body. Proteins, lipids, and DNA make up a large part of your body, so that damage can lead to a vast number of diseases over time. These include:

• Atherosclerosis, or the hardening of the blood vessels

• High blood pressure, which is also known as hypertension

• Neurodegenerative diseases, such as Parkinson’s and Alzheimer’s

Free radicals are constantly formed in your body. Without antioxidants, free radicals would cause serious harm very quickly, eventually resulting in death. However free radicals additionally serve essential features which might be important for health. For example, your immune cells use free radicals to fight infections.

As a result, your body needs to maintain a certain balance of free radicals and antioxidants. Several lifestyle, stress and environmental factors are known to promote excessie free radical formation including:

• Too much or too little oxygen in your body.

• Excessive consumption of antioxidants consisting of nutrition C and E

There are many types of free radicals, though, in humans, the most significant are oxygen free radicals (reactive oxygen species). Examples include singlet oxygen (when oxygen is “split” into single atoms with unpaired electrons), hydrogen peroxide, superoxide, and hydroxyl anions.

Free radicals can be produced in a few different ways. They may be generated from normal metabolic processes in the body, or by exposure to carcinogens (cancer causing substances) in the environment.

Our body often produces free radicals in the process of breaking down nutrients to create the energy which allows our bodies to function. The production of free radicals in normal metabolic processes such as this is one of the reasons that the risk of cancer increases with age, even when people have few exposures to cancer-causing substances.

• Radon in the home